About us Dr. Muna Balfaqeeh 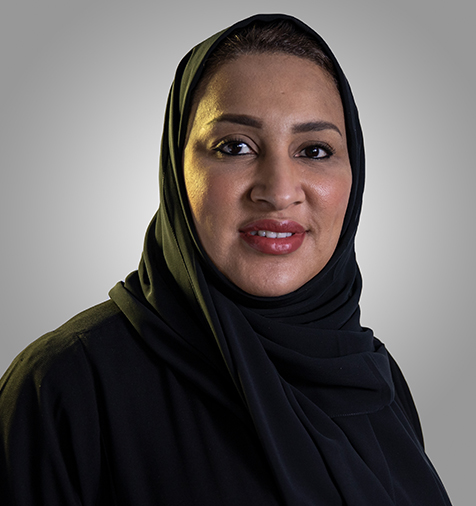 Dr. Muna A. Balfaqeeh received her PhD in Linguistics – Discourse Analysis of Arabic and English Media and Political Texts, and her Master’s degree in Arabic/English Applied Linguistics and Translation, from the School of Oriental and African Studies (SOAS), University of London. She joined Emirates College for Advanced Education in 2018, seconded by Khalifa University in which she works as a communication faculty in the College of Arts and Sciences.

She started her career in academia in 2002 as a teaching assistant, and in 2007 as an Assistant professor at United Arab Emirates University (UAEU). In 2013 she joined the Petroleum Institute and was appointed in 2014 as the Director of the Academic Bridge Program and in 2016 was appointed as the Dean of Student Life. As the Petroleum Institute became part of the Khalifa University of Science and Technology (KU) in 2017, Dr. Balfaqeeh was appointed as an Interim Chair for the English and Communication department at KU.

In the course of her career Dr. Balfaqeeh taught courses such as Discourse Analysis, Women and Language, Skills and Strategies for teachers, Language Testing, in addition to comparative and socio-linguistics. She also participated extensively in a number of peer reviewed international conferences and published number of papers on political and media discourse analysis and language across genders and computer mediated discourse. She was also awarded two grants to investigate the development of academic language functions through the use of linguistic analysis tools for freshman year students.